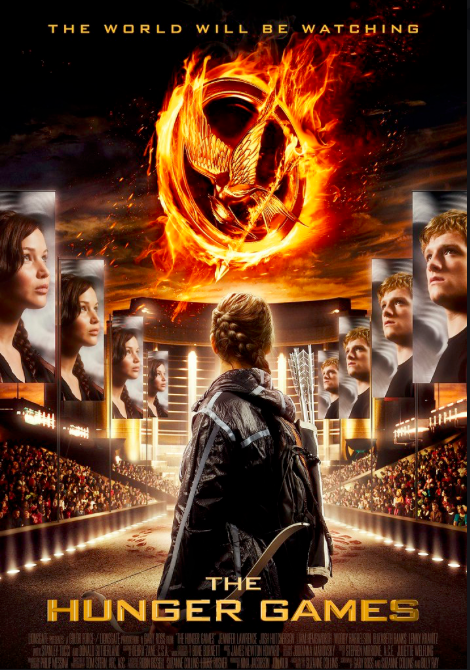 The Hunger Games, a major motion picture released in 2012 will have a fourth addition to the series.

Four years after the final movie of The Hunger Games series was released, fans will be pleased to hear that Suzanne Collins, the author of the beloved trilogy, has announced a new book. In October of 2019, Collins announced that the title of the book would be called, “The Ballad of Songbirds and Snakes.” This has sent fans into a whirlwind of excitement and curiosity.

The book is a prequel set sixty four years prior to the events of the first book. According to an article on Time, the plot of the story focuses primarily on the period of reconstruction after the First Rebellion known as “the Dark Days.” “With this book, I wanted to explore the state of nature, who we are, and what we perceive is required for survival,” author Suzanne Collins said in a statement. “The reconstruction period 10 years after the war, commonly referred to as the Dark Days -as the country of Panem struggles to get back on its feet- provides fertile ground for characters to grapple with these questions and thereby define the views of humanity.”

The new novel is said to begin on the morning of the 10th Hunger Games, 64 years prior to Katniss Everdeen’s story from the first Hunger Games novel. Unfortunately, none of the beloved characters from the original novels were alive at this time, so it is unlikely that they will make an appearance, however there are plenty of new characters that are sure to be introduced.

Although this novel is being released 5 years after the final Hunger Games movie was released, there are still many former fans who are looking forward to revisiting the story. Senior, Tara France, a huge fan of the books and movies when they were first released, had a lot to say about the new book. “I loved the original series and characters, so I’m a bit disappointed that this book will not continue Katniss Everdeen’s story. At the same time, I am curious to see the new characters and the Hunger Games in its earlier stage.” France looks forward to reading the new book and having her many questions answered.

When asked about the new concepts surrounding this novel, France said, “I just would like to know how the Hunger Games being a show and popular form of entertainment came to be. The idea of having children kill one another for entertainment is insane, how did the government manage to convince people that it was okay? I hope this book really explores concepts in the original books that seemed outrageous but were normalized.”

While many enthusiastic Hunger Games fans encourage the release of this book and tease of the movie, some fans disagree with the prequel being released long after the series wrapped. Caitlyn Abram, a senior who had read and loved the entire series wasn’t so sure about the fourth book becoming another movie. “I loved the story originally. I hope this one includes strong female leads like in Katniss’s story, I think that is what drew me into it the most. Hopefully they keep that aspect without completely copying Katniss’s story,” Abram said regarding the new storyline.

Lionsgate worked closely with Collins to bring the first three books to life and have mentioned that they are working together once again to create the next movie. When asked about the tease of the movie, Abram commented, “Having new characters, a new story, and a new cast will be really cool. The thing is, the tease of the movie going along with the announcement of the book seems like a cash grab. Almost like the producers of the other movies think that this new movie is going to be an easy way to bring back the attention, fame, and money that the first movie had. Since the series had done so well in the past, they just want to bring it back.”

The mention of another movie is grabbing the attention of Hunger Games fans, mainly those who had read the series. Senior, Kaitlyn Dechant described how she felt about a new book and movie. “I have never been a big fan. I was young when the first one came out, it honestly scared me back then. I also have never read the books and have no interest in doing so now. The movies were good, but I don’t really have an opinion on the new series. Maybe I’ll see the movie if it looks good, but I don’t see what the hype is about.”