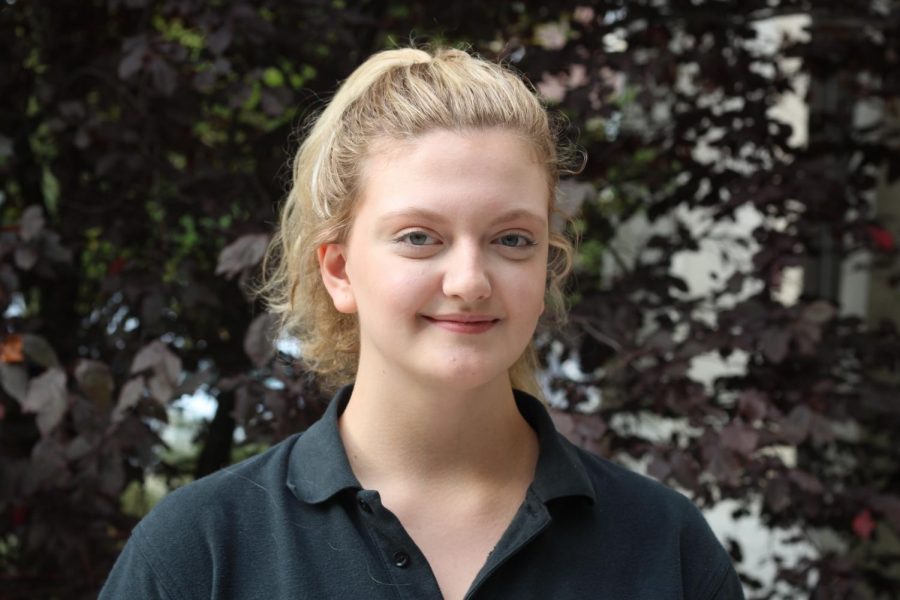 The week of 4/13 was the bulk of spring break for Padua. As this was going to be my final spring break of high school, I was making big plans with all of my friends earlier in the year. These plans consisted of taking day trips to Philly, hanging out every day, having tons of sleepovers, and much more. In the midst of everything going on in the world, these plans obviously did not happen.

Even though I could not spend spring break doing the things I previously really wanted to do, I still found ways to make it a meaningful break.

I went into this break with the mind set that I would try to reset and destress in order to finish out my Senior year strong. I often would stay up late, sleep in late, and go with my own flow of what I wanted to do.

I video called with my friends a lot throughout the week. We would often play games, catch up, and talk about pretty much anything and everything. It is upsetting knowing that I cannot physically be with my friends during our final time together as Seniors. However, I know that I will get to hang out with them soon enough and that social isolation will feel worth it.

When I was not calling with my friends, I also spent an embarrassing amount of time on Tiktok. Just like a lot of other people, I initially downloaded the app as a joke, but quickly got addicted. I spent tons of my time mindlessly scrolling through my for you page and actively seeking out random videos about ocean facts, people dancing, and people using songs to make really cool or funny edits and POVs.

Occasionally, I would binge Tiktoks about cooking hacks and easy baking recipes. These got me in the mood to make some really good food. Cooking quickly became something I would look forward to with every meal. To me, it helped pass time and felt really rewarding.

I am not a skilled chef whatsoever, so the things I made will seem like very easy recipes to a person with a mediocre knowledge of cooking.

My typical breakfast is avocado toast with a fried egg, so I made it with a poached egg instead. It was not my favorite type of egg, but it was definitely fun to make and offered some good, general knowledge that I should have.

I also tested out putting various seasonings on my avocado toast. So far, my favorite combination is fresh diced garlic, red pepper flakes, and everything but the bagel. I often overdid it with the garlic, so be a little cautious of that.

For Christmas, my family bought a Nespresso and a milk frother and we have been using those multiple times every single day. I have been trying to perfect my latte making skills, as well as find new things to add to my coffee. I usually just drink it plain, but I will occasionally add in a splash of vanilla or almond extract or even some cinnamon. In the future, I plan on trying to make a frozen coffee recipe.

I also attempted to make whipped coffee, something I have seen all over Tiktok recently. It did not really turn out as my favorite thing, but I also made it a little different than what of the recipes called for. Every recipe says to use a tablespoon of instant coffee, sugar, and hot water. Instead of coffee grounds, I used espresso grounds. The recipe is already supposed to be bitter without the milk, so the espresso beans caused it to have a strange, even more bitter aftertaste.

For the grounds, I found that they have to be thick to work. I tried using a coffee bean grinder on the coarse setting, but even that was too thin. The only time the recipe came out correctly was when I bought the instant espresso beans that were visibly thicker.

The water also has to be hot enough to dissolve the sugar, so I found that just using hot tap water did not work the best. I ended up putting a little bit of water into a pan and heating it up on the stove top. I’m not sure if that is a strange technique, but it worked for me!

I served this with a cup of milk and ice with the whipped coffee on top. It ended up being quite gross, but I think it was just because the bean. I definitely think that it would be a lot better with regular instant coffee.

I also attempted to make different whipped things and I ended up making a whipped chocolate recipe. I used a half teaspoon of cocoa powder, one teaspoon of sugar, and three tablespoons of heavy whipping cream. It turned out really good and is definitely an easy to make dessert.

On the topic of desserts, I also made vegan cookies from a box that I bought at Trader Joes. The recipe did not call for eggs or dairy milk and the pre-made mixture in the box even used almond flour instead of regular flour. The main ingredients I used were almond milk and vanilla extract and the cookies only needed ten minutes in the oven.

I thought that the cookies were going to turn out dry, burnt, and flavorless. However, they were really good and definitely a family favorite. I even like them a little bit better than the traditional Nestle cookie dough. Obviously, nothing can beat homemade cookies that my mom makes at Christmas time, but these were one of the best out of a box cookie recipes I have ever tried before.

I also decided to make vegan cookies, I also made pumpkin muffins out of a box. The recipe called for three eggs, a cup of water, and three tablespoons of oil. I only had two eggs, but nonetheless, they turned out really good. I even made my new whipped chocolate for my family to put on top of the muffins if they wanted to.

The brand of muffins I used was Simple Mills and they are really known for having minimal, clean ingredients in their recipes. So, knowing that I was eating clean food made these muffins even more enjoyable. They were honestly, by far, my favorite thing that I have made over spring break.

To burn off all of the calories from my cooking adventures, I decided to go hiking with my sister and my dog, Simba. We went to Darlington Trailhead and followed the 2.75 mile hike. We got a little confused on the initial trail and ended up walking down an inactive railroad for a little while before we found where we were supposed to go.

Once we were on the actual trail, it was really calming and felt like a great way to clear my head after the weeks of confusion surrounding COVID-19. Since I was with my sister and my beloved Simba, I also had fun just joking around and talking.

Overall, my spring break was pretty refreshing and I learned some new things along the way. It was also just a well-needed break from school. Even though I was not able to spend my time during spring break how I initially thought it was going to be, I still had a great time enjoying the little things.