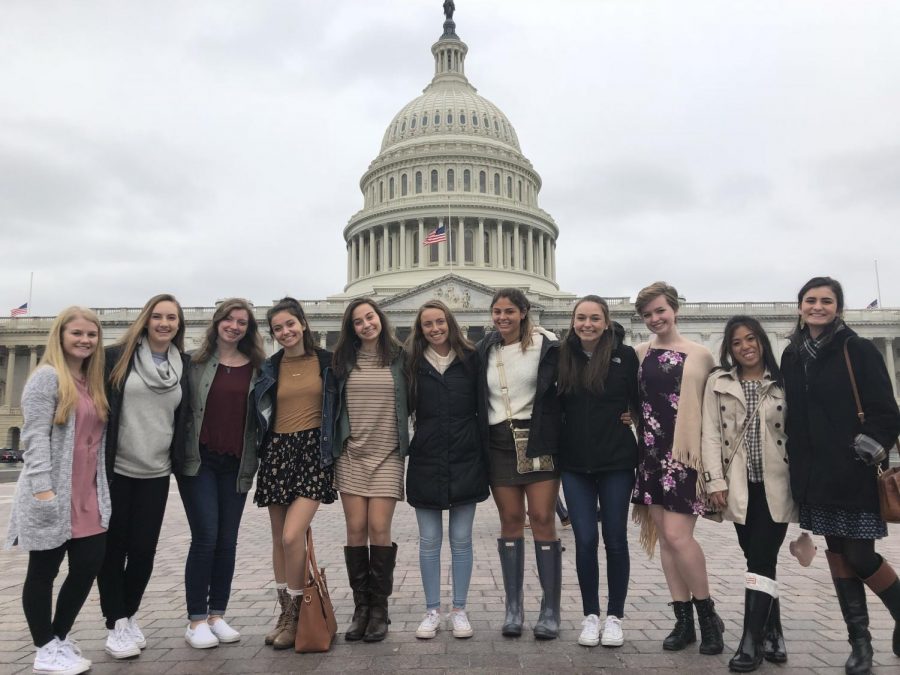 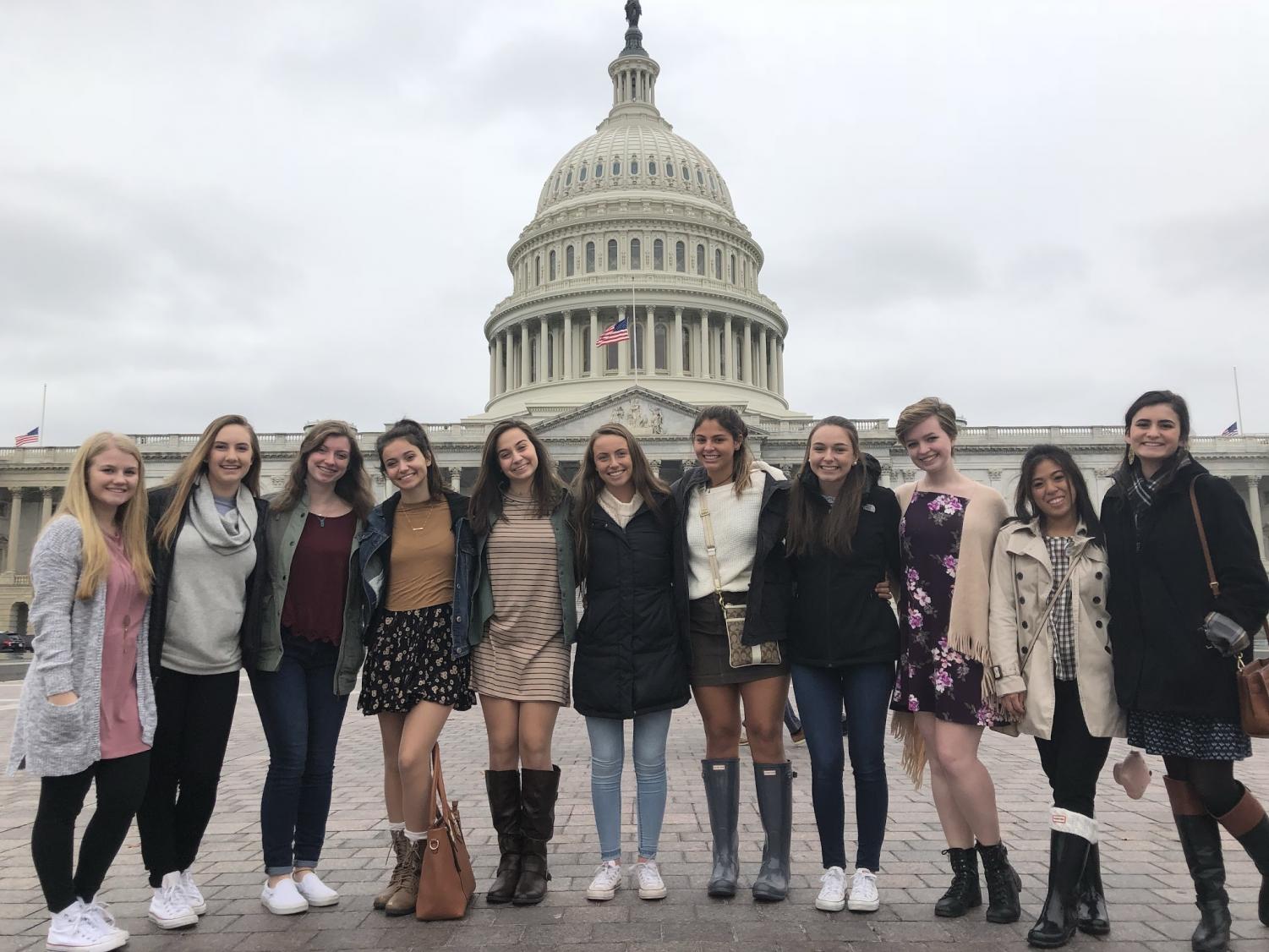 The Natural History Museum, located on the Washington D.C. Mall, is one of the many Smithsonian Institutions available to visit for free in the capital. Informative, interactive, and aimed towards families with kids, the museum aims to inspire creative thought and a thirst for knowledge.

With over twenty different exhibits, including dinosaur fossils, gemstones, and insects, the Natural History Museum displays a plethora of different, but equally fascinating, artifacts. All of the interesting exhibits are laid out in an organized manner, making it easy to navigate around the two floors. Although there is so much to see, the layout of the exhibits is compact enough as to not overwhelm visitors.

Guests are able to make a day out of the museum to just walk around and learn. There is an advantage for families with kids, the exhibitions are not too heavy so that they are tiring, but information-dense enough to stimulate and educate young kids. The displays are full, varied, interesting and presented in a way that keeps the attention of the viewer. The museum is easy to access, free and has so many sections to keep the young and old interested for hours.

This Smithsonian institution also includes an interactive app that, when connected to the exhibits, allows the viewer to see features invisible to the average viewer. Games are available in almost every exhibit, ranging from meteor simulators and earthquake creators, to dinosaur exploration. The games are a fun way to experience a more in-depth but exciting aspect of each display.

If you are looking for a more traditional art gallery feel, the photography gallery displays Nature’s Best Photography: Windland Smith Rice International award winning photography, ranging from amateur fifteen year-olds, to seasoned professionals. In the other galleries, informative timelines put into perspective the time period of the displays and show just how old some of the fossils are. In the insect room, volunteers allowed visitors to hold some of the live bugs, such as the giant grasshopper or the tarantula. A great deal of research on the various species of insects is conducted behind the scenes in special laboratories at the museum.

Entomologists – people who study the branch of zoology concerned with insects – research, identify, and collect new insects and define their relationships with the rest of the natural world. The entomologists act directly with the museum and work to broaden its displays collecting data and studying in its labs. An observation window provides a view in the labs, supplying a behind-the-scenes into the research for visitors. The museum also displays The Hope Diamond. Donated in 1958, this blue diamond from 17th century was originally owned by King Louis XIV of France. Rory, an eighth grader from Massachusetts said that the gemstone exhibit was her favorite because of its beauty. The Natural History Museum is a great way to spend a rainy day, or any day for that matter, in DC. Families with younger kids especially benefit from the equal amounts of learning and leisure. Not only children, but also parents and people of all ages can enjoy all that the museum has to offer, because the many exhibits will keep a visitor’s attention for hours. 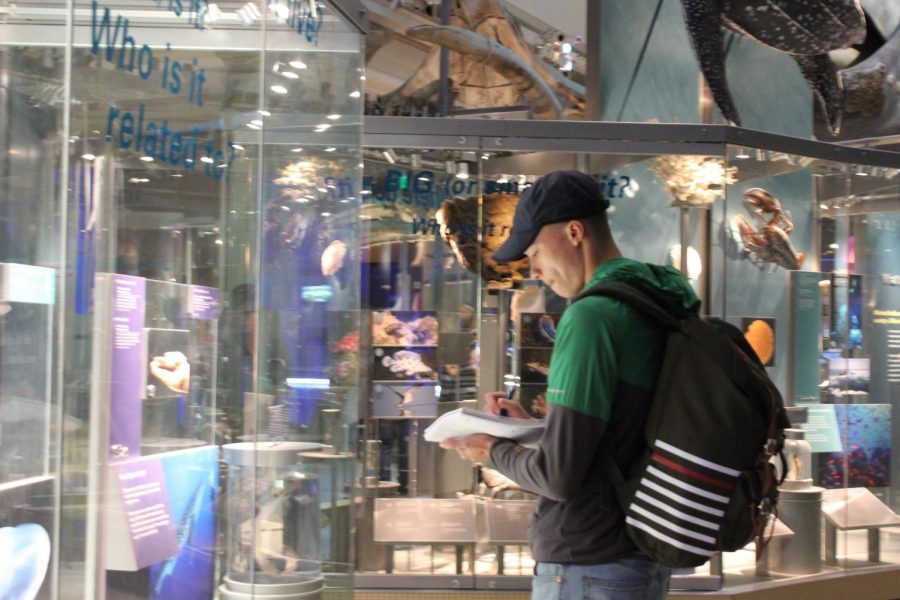 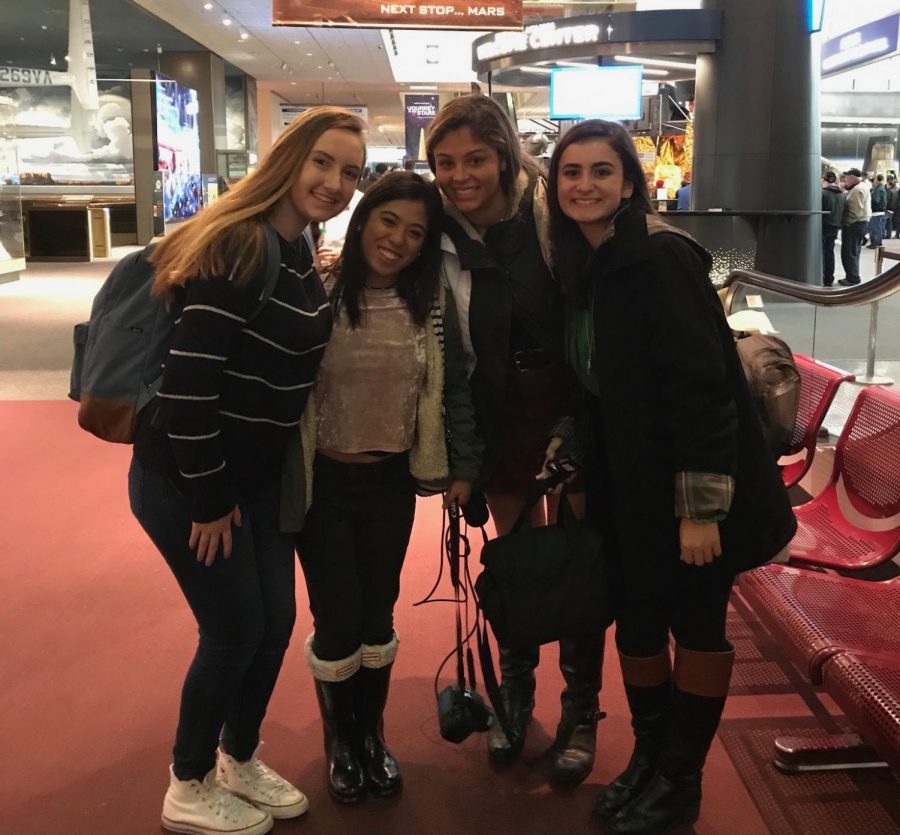 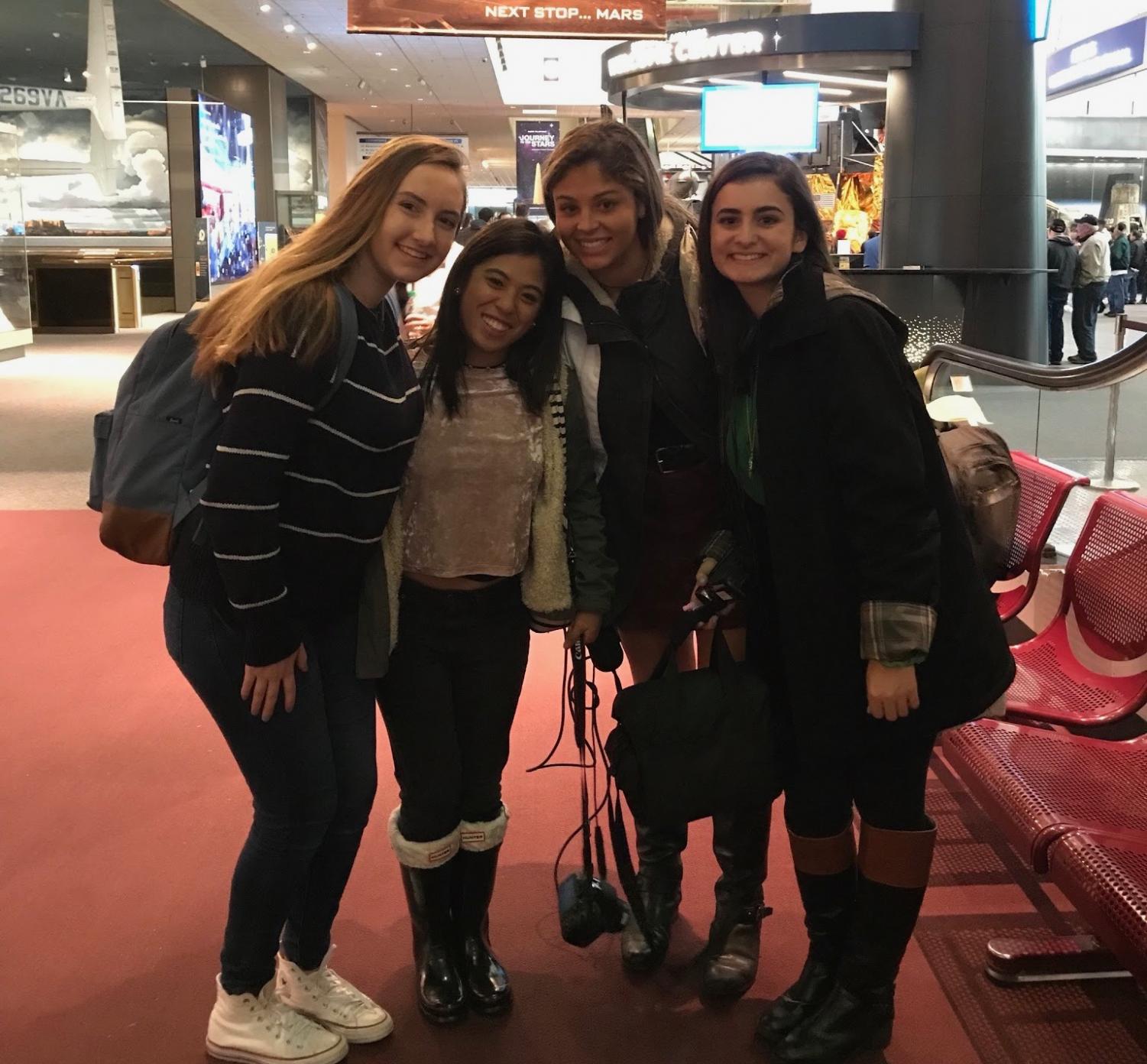 Located in Washington, D.C., the original National Air and Space Museum of the Smithsonian Institution was opened in 1946, drawing in viewers from across the world. The museum celebrated its 71st anniversary this August, featuring exhibitions celebrating the achievements of American space development.

Patrick Donnell from Phoenix, Arizona said, “This museum celebrates human progress. You know history books talk about expansion and how the pioneers traveled on land, but we pushed that theory of expansion to space.”

People from all over the world come to the museum. Michael Klemp from Chicago said, “I was here 50 years ago as a kid in the old building. Now I’m here again for a trade show and I knew I wasn’t going to miss it. I just texted a picture of all this to my grandson. A place like this is truly something that lives on for people.” The museum holds value for people of all ages, offering an educational experience for everyone.

The preservation of history holds great significance to many, as the continuation of American progress is solidified through the exhibitions. Museum Specialist Patrick says, “Everyday I come to work, I know that I am working to educate the people who come here, furthering the notions that America has worked infinitely hard to achieve this kind of development.”

The museum strives to further the knowledge of the exploration, discovery, and expansion of American space achievement. “The fact that this is wholly dedicated to taking a piece out of history is amazing. We love all of it. It is hard to comprehend the advances in technology and the bravery that people had to actually try to make these changes”, said Petty and Bob Allen from Laguna Beach, California.

The appeal of the museum for many is viewing development of technology. Eddie from Germany said, “I came just to see what’s going on in the world. The changes through the ages are fascinating.”

The museum’s timeline begins with the Wright brother’s first attempt at flight in an exhibit entitled, “Wright Brothers & The Invention of the Aerial Age”. From there it expands to the Space Race, and modern advancements in air travel. Matthew Zacher said, “I was struck by the Wright Brother’s Exhibit. I learned about it as a child, but to see the manifestation of their work was awe inspiring. You could make the argument that without their dedication, America would not be where we are as a powerhouse country. We would not have won wars, made strides in the environment, and explored space without them.”

On Tuesday, November 7th, 2017, a group of Vietnam Veterans visited the museum with the Central Missouri Honor Flight, a program that brings veterans to their memorials. Stan Stienhoff, a Vietnam Vet, was amazed to be in the presence of the planes he flew. He said, “I finally get the opportunity to appreciate the power of the machinery I operated. When you’re in war, your focus is staying alive, and being presented with the opportunity to step back and truly take in the power of aircraft in war is truly something I treasure.” 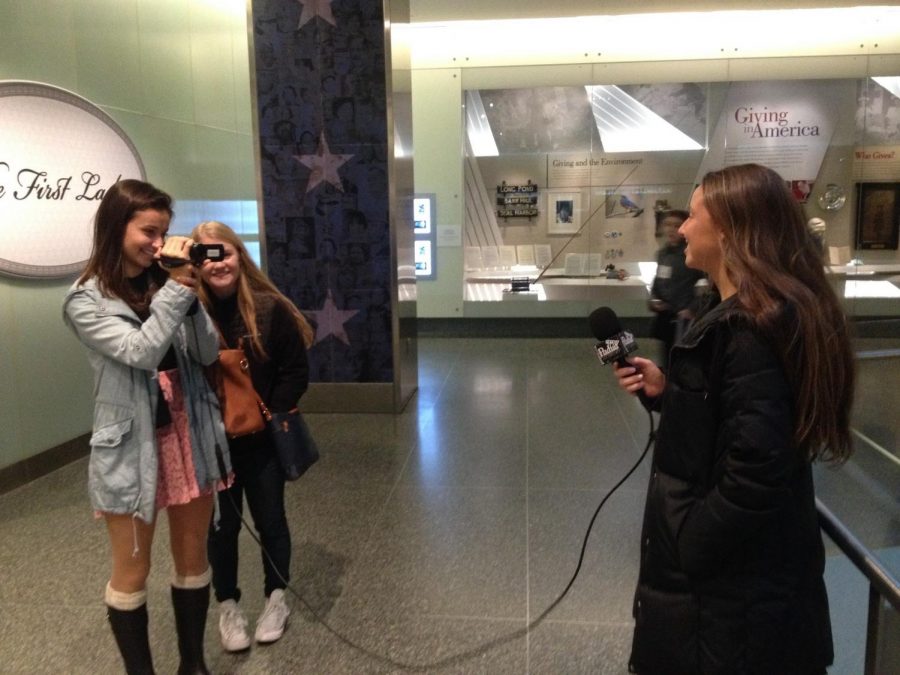 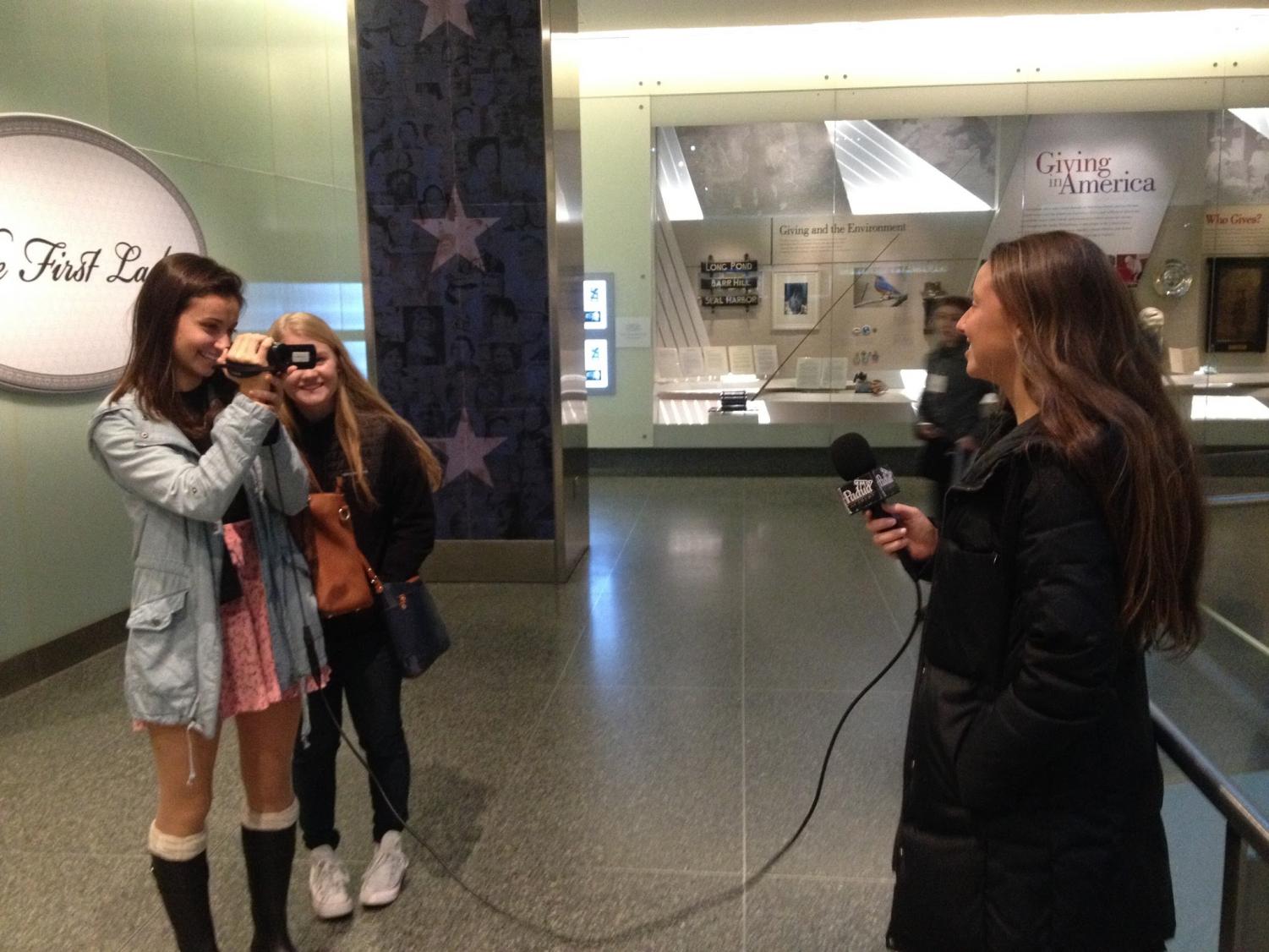 The American History Museum in Washington D.C. is home to a wide variety of exhibits, with topics ranging from American wars to dresses worn by previous first ladies. While there are many interesting and educational exhibits, the most prominent in the museum is undoubtedly “The Star Spangled Banner: The Flag that Inspired the National Anthem.” This exhibit explains the history behind our national anthem and houses the original flag that inspired the song. Despite recent controversy surrounding the flag in the NFL, the general consensus is that the American Flag is a symbol of freedom and possibility, and has been since the very beginning of our nation.

The history of the American Flag, specifically the one responsible for the national anthem, dates back to the War of 1812, when America declared war on Great Britain after continued British interference with U.S. trade. During the war, British soldiers attacked Washington D.C., setting fire to the White House and Capitol building.

Following the attack on the nation’s capitol, the British headed for Baltimore and began firing bombs on Ft. McHenry, which protected the city’s harbor. The bombing of Ft. McHenry lasted for 25 hours, and it seemed almost certain that the British would win what came to be known as the Battle of Baltimore. After noticing the American flag flying over Ft. McHenry, Francis Scott Key knew the United States Army was victorious, and thus the Star Spangled Banner was composed. This song would eventually become the national anthem of the United States.

Over 200 years later, the flag that represented hope despite the odds in the War of 1812 seems to have a similar meaning to many people today. Regardless of differing political views, ethnic backgrounds, gender, and age, all say that the flag represents freedom and possibility. “I really believe in America. Whoever you are this is the place where you can become what you want to be.” museum goer Mary Beth Waits said.

Other visitors had similar views as well. Dressed in an American Flag cardigan, Jen Medina said, “To sum it all up, I think it stands for freedom and liberty for everybody.”

Recent #TakeAKnee protests during the national anthem in the NFL have caused controversy and sparked a nation wide debate. Some believe these protests are disrespectful to the men and women who have serve in the armed forces and the ideals that the flag and anthem represent. “We have freedom of speech but the flag is not to be blamed for the opinion of another person,” said Jose, “They should stand up and respect everyone.”

On the other hand, some argue that the very idea of freedom represented by the flag guarantees the right to protest. “Protest is an American right. There’s nothing more patriotic than standing up and stating your beliefs.” Said Mary Beth Waits.

While problems in America today look much different than they did when the flag flew over Ft. McHenry, individual interpretations of what the flag represents have transcended centuries of conflict, change, and expansion. 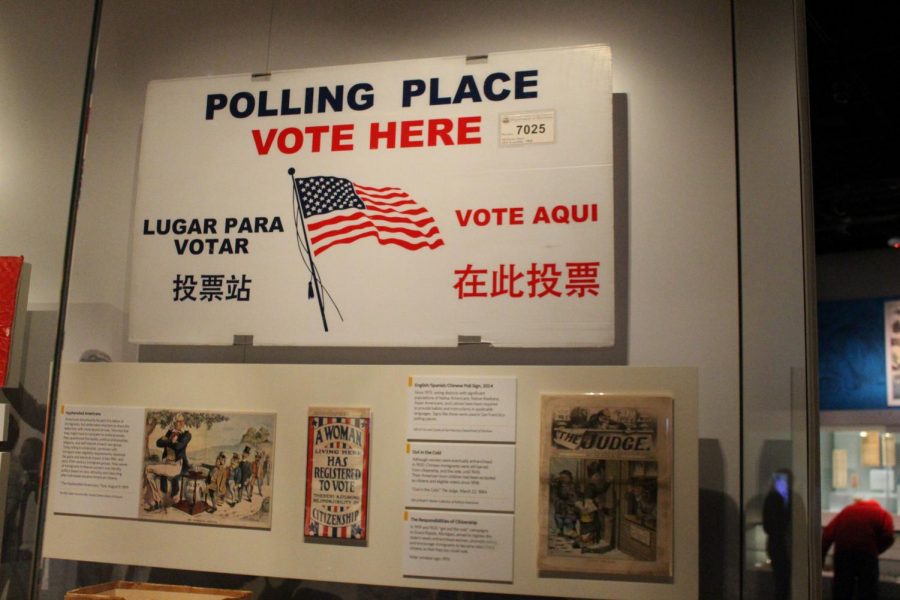 Gallery|22 Photos
This sign shows that voting is intersectional among races and ethnicities, and Americans of all backgrounds are encouraged to vote.