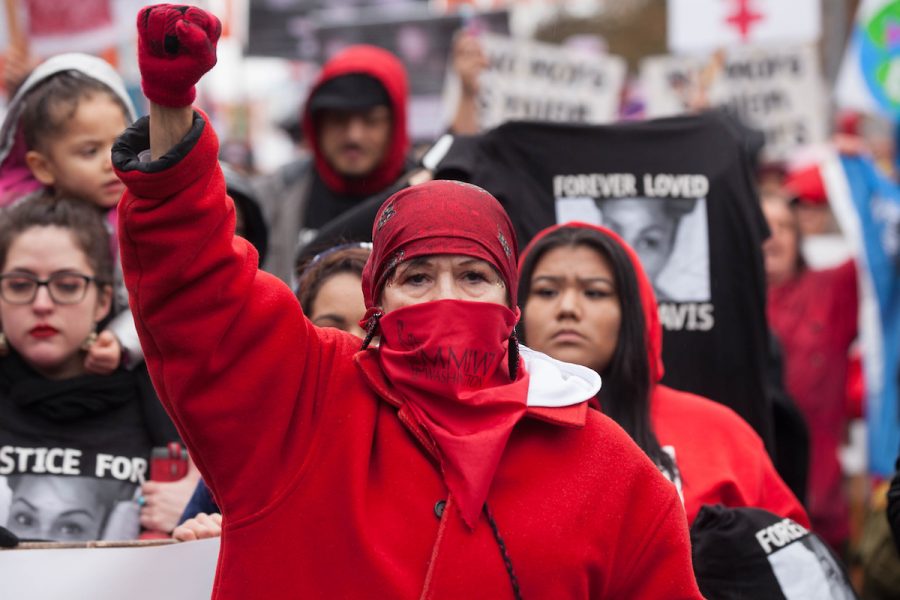 Member of the Murdered and Missing Indigenous Women’s group at the Seattle Women's March, Jan. 20, 2018.