What Do Soldiers Do Everyday? 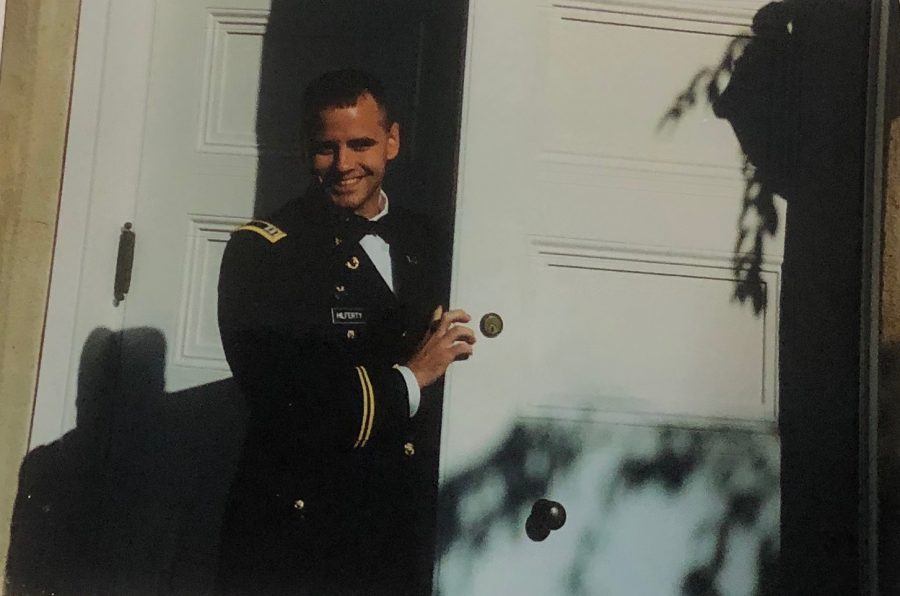 Colonel Hilferty has served in the army for almost 20 years. “Service to others and to my country is what drives me to be the best soldier, lawyer, and leader I can possibly be,” said Hilferty.

There are five branches in the military: Army, Navy, Marine Corps, Coast Guard, and Air Force. The U.S. Army was founded on June 14, 1775, and became under the authority of the Department of Defense in 1947.

There are two different ways you can serve in the Army, active duty or reserve duty. When a person is on active duty, their full-time job is their military service. While a person serves on reserve duty, their obligation is one weekend a month plus an additional 15 days a year.  Master Sergeant Glen “Bud” Davis is a reservist.

“My day to day operations are pretty boring, the word I would use to describe it to you,” said Davis. Davis is involved in many meetings, he talks about plans for future training and plans for daily and yearly schedules. He also places people in place so that the soldiers are able to train every month. Davis conducts drill once a month for two to three days, and for just three days a lot of planning must be involved.

“I hold a lot of spots,” said Davis. “I am the firearms guy, I’m also the security guy for the place, I’m a PT (physical training) guy. When I say ‘I’m the guy’ it means I usually run it.” Davis oversees the security of locations and how they take care of security.

Sergeant Davis runs the big physical fitness test twice a year.  Sergeant Davis is also a mentor. He has one soldier that works for him that he mentors and he helps the soldier achieve his goals and the overall goals of the National Guard.

“I joined the military police because I wanted to do something that involved the police but I also wanted to be involved in the military and be very active,” said Davis.  Sergeant Davis is in a unit called Regional Training Institute which includes teaching and training, specifically for domestic operation training.

Colonel Roy A. Hilferty first went into the military in 1988 as an enlisted private, 11B Infantry Scout. He joined the army “to get money to pay for college.” He went to Fort Benning in Georgia during the summer for basic training.

“I have never experienced a hotter or more uncomfortable summer in my entire life,” said Hilferty. After a year of service, he moved up to Specialist. Ending his service in 1990 he told himself he would never re-enlist.

However, when he was in law school he made the decision to apply to The Judge Advocate General’s Corps, JAG Corps. Hilferty was accepted into the JAG Corps and he went in as a First Lieutenant. He went through officer basic training which was different and “much easier” than the regular basic training he did when he first entered as an enlisted soldier. This time the training included the physical fitness aspect but also numerous military law specific courses.

“During this training, I was older and had a clear career path before me and I was ready to be a lawyer for the Army,” said Hilferty.

Today Colonel Hilferty is the full-time attorney for the Delaware National Guard for almost 20 years. His office is staffed with himself and one paralegal. The office handles all personnel, contract, administrative and legal assistance issues that arise. When he is acting in his capacity as general counsel, his client is the agency (Army and Air Force).

He is often giving advice to superior officers including The Adjutant General who is the head of the entire Delaware National Guard. However, when he is providing legal assistance, his clients are the Service members, often times young enlisted soldiers. He enjoys the challenges of working as general counsel such as researching and advising on unique areas of law but he feels that it just as rewarding to help the individual soldiers with their legal issues.

“Service to others and to my country is what drives me to be the best soldier, lawyer, and leader I can possibly be,” said Hilferty. “I joined the Army because I felt a sense of duty to our country. One of my grandfathers was in the Army and was killed in France in World War II shortly after D-Day.  My other grandfather was in the Navy and was injured during the attack on Pearl Harbor. I also had uncles that served in the Army and Navy. Service to the country was always important to me.”