An Analysis on Zeros by Declan McKenna 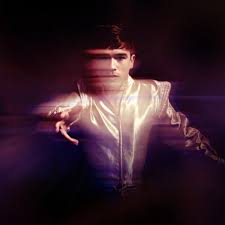 Declan McKenna’s “Zeros” is an entrancing and majestic album evoking the future as well as the past. “Zeros” perfectly encapsulates 70s glam rock, but also has a taste of modern pop. It is reminiscent of artists like David Bowie, but also so unique in and of itself.

“Zeros” showcases the story of a futuristic dystopian world impacted by capitalism and climate change while involving themes of morality. The album’s story exemplifies main themes of rage, fear and rebellion throughout the songs.

The tracklist of the album follows this story to a T, almost like it was written as a space rock opera. The first two songs in the album “You Better Believe!!!” and “Be an Astronaut” both talk about the reality of this futuristic society that the civilians live in.

“You Better Believe!!!” is the introduction to the story starting with how they are all going to be killed if they don’t take the rocket to another planet. This introductory song also talks about how the capitalistic society they live in has killed the world through climate change.

“Be an Astronaut” starts off in a melodramatic conversation between the speaker in the song talking to a boy. The speaker is telling the boy that they are the only ones who save these people by fleeing on the rocketship introduced in the previous song.

The song’s speaker, around minute 1:25, brings up the theme of the corrupt capitalistic society telling boys that they have to follow society’s standards for masculinity. “And you wonder why[,] Boys will cry[,] Boys will be boys[.]” This is another heavily taboo topic to talk about. McKenna brings up heavy topics in his songs like society’s standards for masculinity go hand in hand in this British protest rock.

Not only does McKenna build up the story in this song, but this song is one of the prime examples of McKenna’s inspiration from older generations of British rock legends like David Bowie.

The fourth song on the tracklist is “Beautiful Faces.” This is the most upbeat song so far; it is a song of celebration. The boy goes out and celebrates his last couple days on Earth. “Beautiful Faces” really shows the 70s glam style throughout.

Following “Beautiful Faces”, the next song on the tracklist is “Daniel, You’re Still a Child.” We hear in the first line of the second song “Be an Astronaut” that it starts off the narrator talking to “Daniel” (the boy) and the next two songs shift to Daniel’s point of view. In this fifth song, we can put this all together, and you can really start to understand the story that Declan McKenna is putting together.

This fifth song “Daniel, You are Still A Child” does a full 360. The speaker is manipulating Daniel into being like everyone else because they care about Daniel.

“Emily” is the sixth song on Zeros. This is the first down tempo song on the tracklist. The listener finds out that the speaker in “Daniel, You’re Still a Child” is Emily. In this song the listener really hears how toxic this relationship between Daniel and Emily is. The first bit of the song Daniel says that Emily only ever wanted him for her.

The song moves into this guitar solo that has an underlying of a twinkling sound to show that Daniel is still thinking, but then the guitar is brought up into this fit of rage and you can hear someone yelling. This is another example of McKenna using the instrumental to enhance the story.

There are background sounds of spaceships taking off and Daniel speaking in a robotic voice inspired by Daft Punk right before the bridge. “Twice Your Song” is a song full of revenge,anger, and passion.

This is the complete opposite of the previous song on the tracklist. “Twice Your Size” is screaming and feels like fire and freedom. This song is where McKenna really takes cues from British protest rock.

Right off the bat the eighth song on the tracklist “Rapture” exudes weird and spacey energy that feels like it walked straight out of the retro-futurism era. Rapture alludes to this impending doom of climate change and the dying world. Consistently throughout the song it refers to Mother Nature and death.

“Rapture” takes the most inspiration from T Rex and Daft Punk, two older British bands that exemplify protest rock while exhibiting a weird and unique retro-futuristic tone. Many times in “Rapture” a robot voice speaks, which is taken direct inspiration from Daft Punk.

“Sagittarius A*” is the second to last song in Zeros. “Sagittarius A*” is not protest rock, but instead meshes different genres together. It doesn’t exactly fit into any one genre. It mixes ideas of religion into this impending doom. It references the Ark of Noah to represent a kind of apocalyptic scenario.

This song also references the after life. It mentions heaven and Lord, but it also talks about the constellation Sagittarius. Sagittarius is the sign of freedom, adventure, and rebellion, but more importantly Sagittarius cuts off ties. “Sagittarius A*” is a song about death and rebirth. They are leaving this dying planet and starting a new world.

The last song on the album “Eventually Darling” is where all of the themes wrap up together and this beautiful story from Declan McKenna comes to a close.

“Zeros” is a beautiful mess. It is complicated and loud; an album of a spacey rebellion. McKenna takes a huge creative risk jumping from his debut album, “What Do You Think About the Car”, to “Zeros”. Not only does this jump show how much McKenna has grown as an artist by exploring different styles, but also as a writer. His songs are like angry poetry.

“Zeros” also perfectly meshes genres and generations. From all of the underlying themes and messages, to the major influence of generations of out of the box artists in the music, to all of the writing and the use of instruments, this album is one of my top favorites. It is so interesting and draws me right into the music to make me feel like I am floating in space.