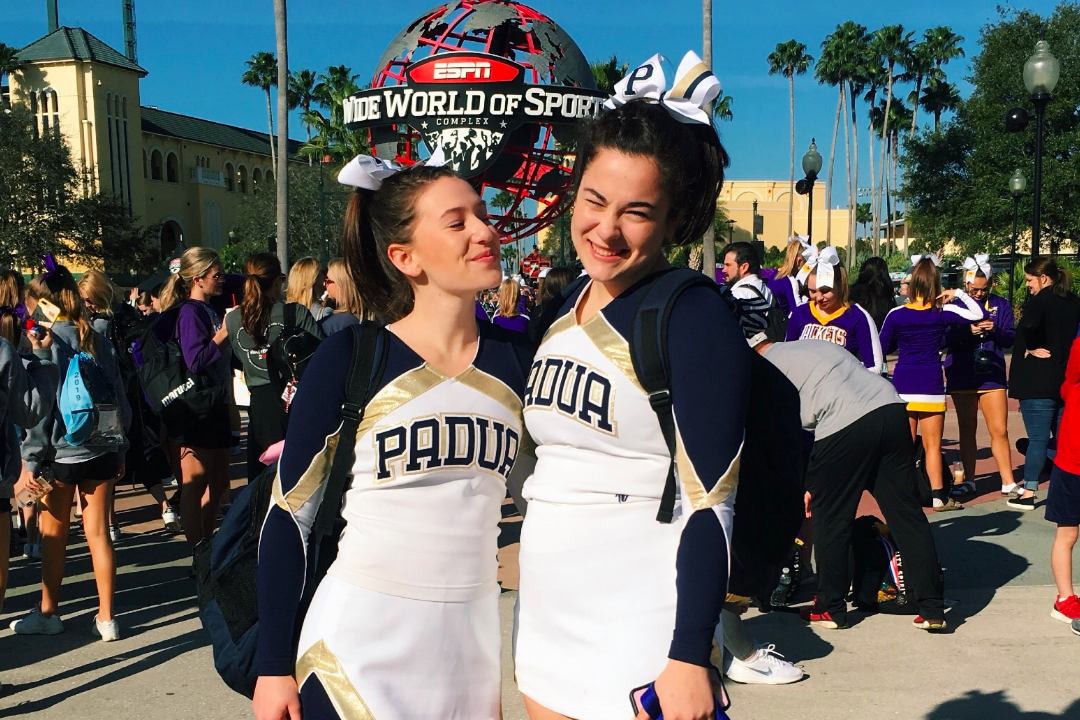 The cheer team made school history as the first team to compete in nationals. The team packed their bags, hopped on a plane, and headed to Disney World on Thursday, Feb. 7 and returned home late Monday night. The girls received their invitation to nationals after doing exceptionally well in the Pocono Regional Competition.

The team dedicated significant time preparing for the live streamed competition. The national competition “focused on a clean routine that hits more than throwing harder skills in the air, which is a bit different from Delaware competitions,” said senior captain, Liz Monigle. “If a stunt falls at nationals, that is basically it. At practice we drilled our motions, jumps, and stunts making sure everything was on time, hitting, and looked clean. The fact that we had to hit the routine made it very stressful.”

If a stunt falls at nationals, that is basically it.”

The hard work paid off when the cheer team was named 21st in the nation. Monigle was excited at the result, but felt the team could have performed better.

“Unfortunately we did not have our best performance at nationals and that really hurt us on the score sheet and placement wise. However, it being the first time Padua Cheer has ever gone to the competition, and it being a huge accomplishment just to receive a bid to compete there, I am more than proud of the team and our success.”

The girls had an early start on competition day.

“Saturday morning, we woke up at 4:30 am to start getting ready (get in our uniform, makeup, hair) to meet at 6:45 and head over to ESPN to compete. We were the first to perform at 8 am,” said Monigle.

Although the trip was primarily for cheer, the team had some down time to relax and enjoy themselves in Florida.

“As much as we practiced, we were able to visit every park after the competition and relax by the pool,” said Reece Wagner, a senior.

The team is looking to carry their energy from nationals to the remainder of their competitions and states.

“I think we can take what happened in this competition and apply it to make our next performance better,” Wagner said.

“It was an incredible experience to have my senior year and a great way to end my four years of hard work on the team,” said Monigle. “Traveling with my team was also a very fun experience. Although we already spend a lot of time together as a team being a two season sport, I was able to grow much closer with many of my teammates over the trip. The experience is almost indescribable and something I will always look back on as a highlight of my high school experience.”