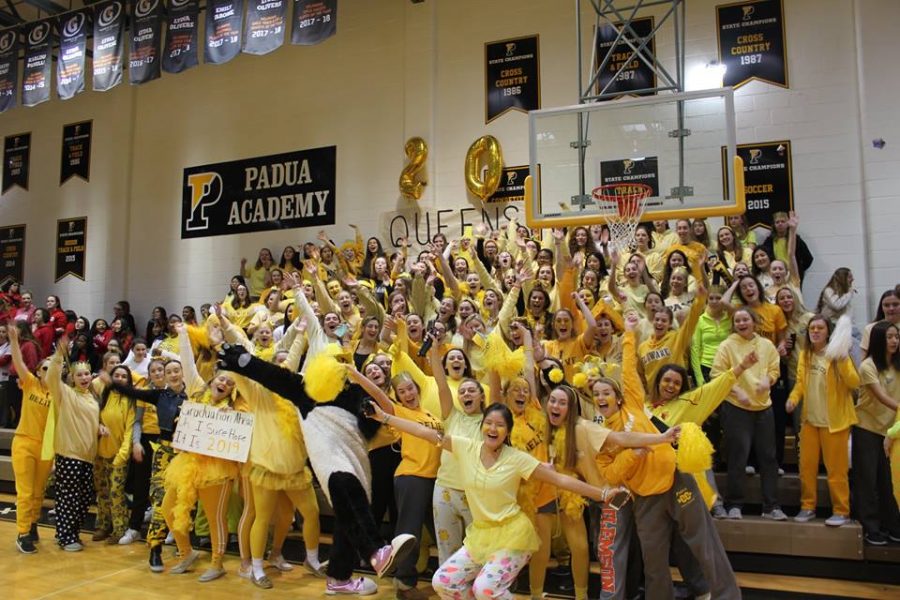 The senior class celebrated their final spirit assembly and won a dress down day.

Monday, Jan. 28 to Friday, Feb. 1 was Catholic Schools Week, a week of fun and festivities for all Catholic schools across the nation to celebrate the tradition of Catholic education.

Padua started Catholic Schools Week out cheering with its Winter Marquee Matchup at the Padua vs. Ursuline basketball game. Padua and Salesianum students wore their yellow spirit shirts and came to support the team.

On Tuesday, there was a Tacky Tuesday dress down where students and faculty came to school dressed down in mismatched clothing.

“I had to go to Wawa dressed like this, but it was fun,” said Señora Volpe, a Spanish teacher here at Padua.
On Wednesday, Padua held its multicultural Mass, presided over by Bishop Malooly. Many Padua students coming from different backgrounds spoke in the language of their culture.

“I thought it was awesome,” said sophomore Ainsley Campbell. “It was such a great way to express our differences.”

Zehra Mahmud, who read a petition in Urdu, said, “The multilingual mass was a great way to showcase some of the diversity of Padua and celebrate it. It encouraged unity and appreciation of different cultures.”
Thursday was Padua’s annual cake decorating competition. The competition consisted of five teams made up of two faculty members and three students. Students enjoyed decorating cakes with this years’ theme of Rainbow/Tie Dye matching Thursday’s dress down.

Freshman Jordan Kenton thought the contest was a “well thought out” and put together competition.

“[The competition] allowed participants to decorate cakes to the best of their abilities,” said Kenton. “The cakes produced were quite good.”

To close the week out, Padua held another spirit assembly. All classes joined together in the gym, and students from each grade chosen from a raffle participated in activities to earn points for their class. At the same time, students cheered behind their fellow students competing. Not only were there fun games, but Padua’s dance team delivered a stunning and exciting performance. The prize for the winning class was a dress down, which in the end, seniors took for their own. 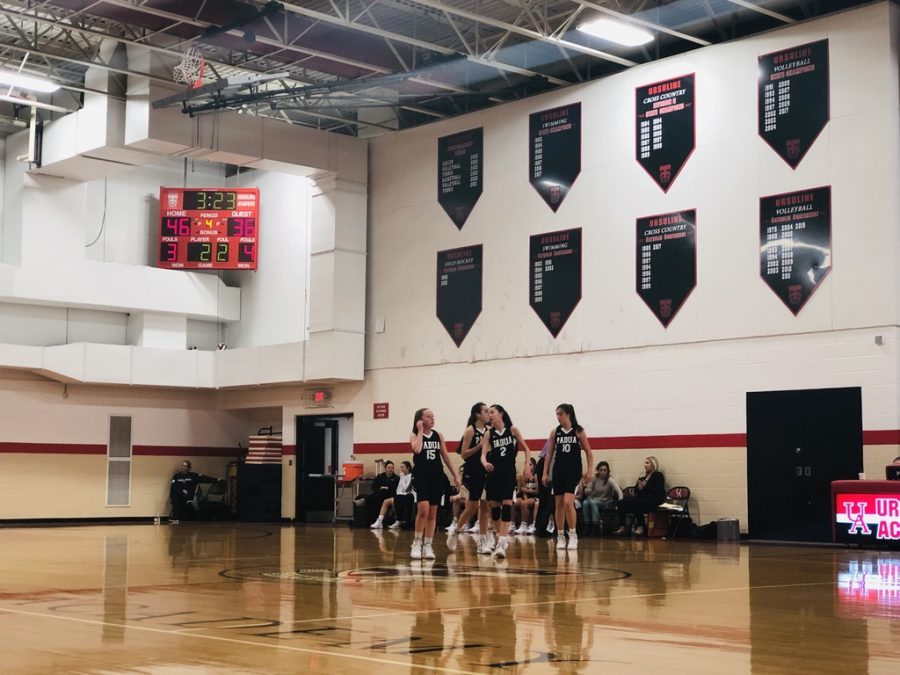 Gallery|7 Photos
Esosa E. '22
The first event of Catholic Schools Week was a Marquee Matchup, held at the Padua vs. Ursuline basketball game.