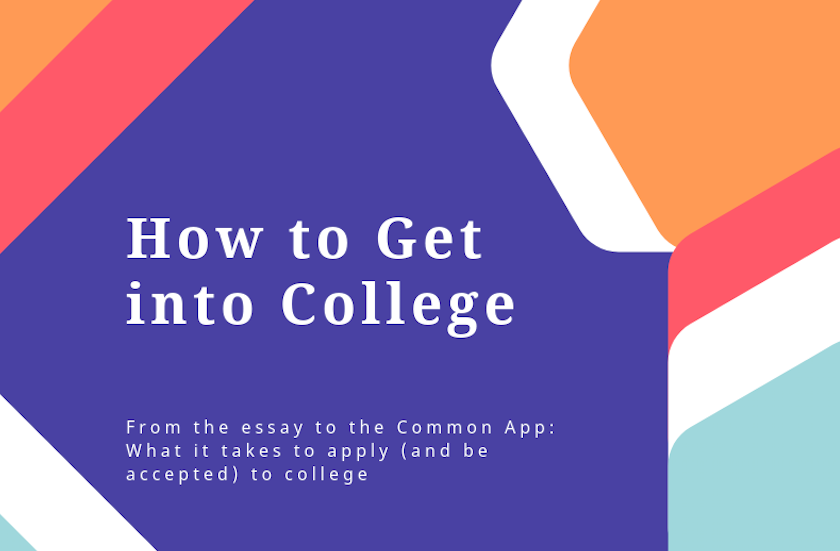 Students have to complete an abundance of tasks in preparation for college applications and admissions. (Brynna B. '20)

Students have to complete an abundance of tasks in preparation for college applications and admissions.

As juniors look forward to their senior year, one thing hovers on the forefront of their minds: college. The pressure has been building all throughout junior year, with College 101, seemingly endless college visits, the beginning of the college essay, and more. At a college preparatory school, the stress of the college process can seem inevitable and unending.

According to the National Center for Education Statistics, there are 3,004 four year colleges to choose from, across 50 states. Jess Molen, a junior, says that for her, narrowing down this incredibly expensive list is the most stressful part of the whole college process.

“There are so many. How am I supposed to choose?” Molen said. “Out of the thousands, I’m expected to pick just one!”

Padua provides a helpful platform, Naviance, in order to more easily explore and categorize colleges and universities. Even with this, the list can seem daunting. Madalyn Lambe, another junior, admitted that she avoided starting the process because she didn’t know where to start.

“I actually feel like I’m probably behind most people in the college process because… I haven’t actually visited that many colleges,” she said ruefully. “The more I thought about it the more overwhelmed I got.”

The more I thought about it the more overwhelmed I got.”

Despite college mainly being the focus of juniors and seniors, Naviance is introduced to students freshman year, and many take advantage of it right away. Junior Holly Jones explained that she started looking exploring colleges freshman year, and seriously visiting and researching sophomore year.

“To be honest, in the beginning I didn’t feel prepared at all,” she said. “I was so young, and didn’t know how adults and coaches expected me to know exactly what I wanted when I was only a sophomore in high school!”

Jones knew early on that she was interested in continuing her lacrosse career into college. This complicated the college process, and move the timetable up significantly. By spring of this year, she had committed to St. Francis University.

“Committing is such a great feeling,” she said. “For any athlete or student, it just proves that all your hard work has officially paid off.”

Molen is also looking to commit to a college, for volleyball. Because of this, she began looking at colleges freshman year.

“I felt super unprepared. I was going into it pretty early without knowing exactly what I wanted to do so it was overwhelming at first,” she said. “Even still, any time we have days off of school I’m either touring a new college or doing official volleyball visits.”

Whether or not sports are a part of your college process, there are still plenty of other things adding to juniors’ stress. Molen emphasized the pressure that is placed on many students to know what they want their future to be.

“I feel a lot of pressure because I’m not exactly sure what major I want to go into,” she said. “Different people are telling me to major in different things and I’m still not sure what I want to do as a career.”

Lambe agrees, and adds that she’s even stressed about her future after college.

“If I’ll be able to hold a steady job, if I don’t go into the career field I currently see myself going into,” she said. “It just never turns off, you know?”

Despite these stressors, they all agree that it seems worth it. Jones is excited to explore adulthood and beyond.

“It’s the next step in becoming independent,” she said. “To living on your own and life testing how much you can handle.”

It’s the next step in becoming independent. To living on your own and life testing how much you can handle.”

Lambe stresses the importance of college; it increases awareness and exposes you to new experience, opportunities, and people.

“It’s a way for people to continue learning and explore things that they are truly passionate about, or that they want to do in the future. It is a way to enter the workforce more intellectually prepared, it can help develop social skills, and it exposes you to different people who have different experiences than you,” she said. “College is always there for [you] to continue learning and exploring, and I think that’s what’s so special about it.”