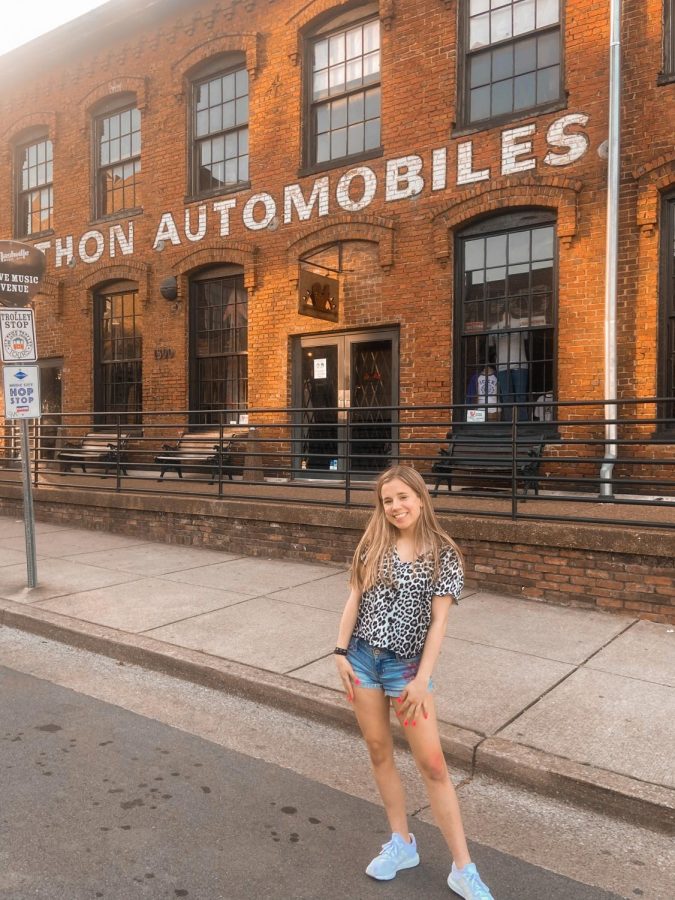 Alex Hilferty travels to Nashville with her family. She is very outgoing and loves to watch the stars.

“I’d say I’m very outgoing and bubbly and I take things to the next level with loudness, and I’m very passionate about many things, and at the same time I’m very anxious.”

“I went to Immaculate Heart of Mary.”

“Tory and I are identical and Meri is fraternal.”

“I think we do but if you’re talking about quality time I’ve been trying to spend more quality time because [our time together],  it’s precious and short . If one of them is like ‘Do you want to do that?’ I will say ‘yes’ when I might not have.”

“I think it would be easier but I don’t know any different, but it’s cool being a triplet.”

“I’ve always gone to school with Meri but it’s really nice because we always have someone. But at other times, it’s like, ‘Eh, I have my own friends.’ … [At] IHM with Meri… it was so weird and way more stressful and it’s much better [at Padua] with all three of us.”

“We’re getting it redone and it’s literally my room. It’s all of my stuff on the walls but Tory just sleeps there.”

“Well, at IHM I don’t remember so not often. Adults maybe, but we don’t really look alike.”

How far apart in age are you?

“Tory and I are the same and Meri is two minutes later.”

“Me, hands down! That’s not even a question if you know me, that’s like asking who’s the president of the United States.”

“Everyone calls me like the “leader” and I guess I would say Meri keeps us straight.”

How did you get your name?

“My mom wanted to name me Caroline and then didn’t really like that. My dad liked Alexandra, too.”

“We were all very similar but I was the one who got in trouble.”

“Well, here’s the thing Tory says: I steal friends from her at IHM, but at Padua we kind of do but that’s really annoying. It’s getting a little mixed up right now but I think it’s going to stay the same in the end.”

“Meri hates when I’m in her room but I love her room, but sometimes I’m with Tory.”

“Meri was bald and Tory was always sick so I think it was kind of easy.”

“I’m a triplet. I hate the attention but it’s like I’m a celebrity with old people.”

“No, I steal them, not as much Meri’s stuff but shirts and things like that.”

“There were so many people that came to our house to help them so I think it’s the help they got, I would say.”

“I’m not planning on it. I don’t think it would be good for us.”

What advice would you give to someone who is either raising triplets or found out they were having triplets?

“If I was a parent, I would say just be patient and you need to work hard and just have people in your life that’ll help you out.”