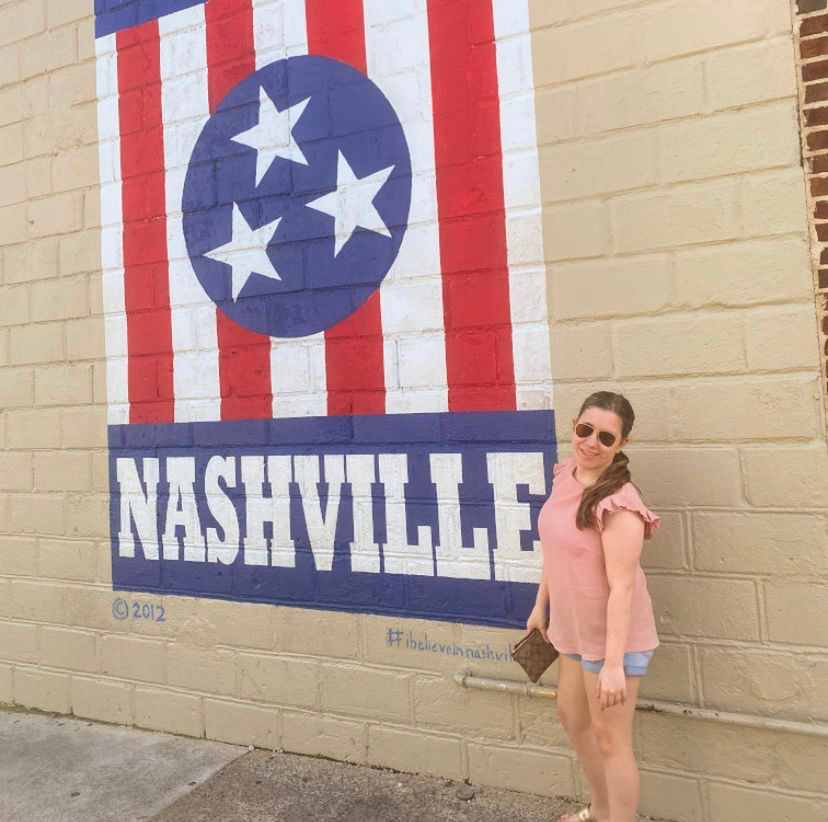 Tory Hilferty poses by mural in Nashville Tennessee. Another fun fact about her is that she loves sushi.

“I don’t look like them. I’m totally different from them, I’m outgoing and some of them are not.”

“Alex and I are identical and Meri is fraternal.”

“One hundred percent yes, sometimes [but] not always.”

“Me and Alex share a room and Meri has her own room.”

“I think I would have the same reaction as my mom and be shocked but I wouldn’t be that surprised because my family is prone to twins and triplets.”

Do you know any other sets of triplets?

“I did, and I was at a doctor’s appointment and one of the technicians was a triplet.”

“My family was excited.”

“We’re very similar. I don’t really think that there is any difference between us.”

How did you get your names?

“From a handbag. [My mom] has a Tory Burch bag and she always liked the name and then the bag came along.”

“Alex played sports and Meri and I didn’t and I was quieter, and we went to different schools.”

“Alex and Meri went to the same school and I went to a different school so we didn’t used to, but now with Padua we do.”

“I guess we had name tags or something!”

“I don’t know, I guess the experiences we have and the people we know.”

“They just kind of dove into it and said, ‘This is what we have to do,’ and we had so much support from neighbors and family.”

What advice would you give to parents either raising triplets or who just found out they were going to have triplets?

“Don’t be overwhelmed and just go with the flow and don’t give up.”